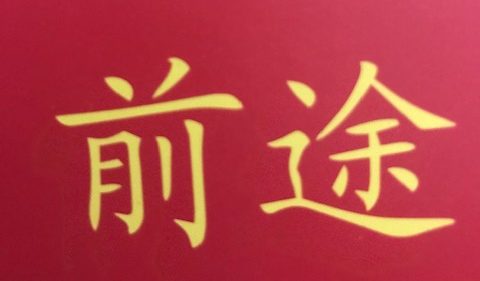 No Widgets found in the Sidebar Alt!

“For almost a hundred days now, the world has been waging war for life with aninvisible   enemy   –   coronavirus.   Strict   isolation   measures   are   being   taken.   Borders   are closed. Planes don’t fly. Trains don’t run. Classes in schools have been suspended. Allpublic and sporting events have been canceled. The once crowded streets and squares, parks and alleys have plunged into silence. Half of the world’s&7 billion population&– almost 4 billion people – do not leave home.

At   the   same   time,   the   number   of   those   infected   and   victims   of   the   infection   is growing by the day. The figures changing on an hourly basis testify to the great challenge humanity   is   facing,   the   tragedy   of   millions.   Losses   are   different   –   they   vary   across continents, countries and even cities. Comparison of the figures shows how effective thefight against the virus is in different countries. Azerbaijan is cited among model countries.

The first report about the disease caused by the new coronavirus was circulated on 31 December. Even though the disease turned into an epidemic after some time, the world didnot attach particular importance to what was happening. People in America and Europe thought the virus would not reach them. The world seemed to forget about globalization just for a moment, and it cost it dearly. There are already more than 3.5 million infected in the world and nearly 250,000 people have died. The time that has passed since the spread of the virus began can be described as a period that shocked the world in the literal sense of the word. For about 100 days now, there has been a merciless confrontation between man and the virus, and no-one knows when this will come to an end.

But the correct and timely decisions made as a result of the foresight of President Ilham Aliyev have allowed the country the opportunity to reduce losses to minimum. The government   provides   maximum   social   support   to   the   most   diverse   segments   of   the population.   It   is   no   coincidence   that   Azerbaijan   is   one   of   the   countries   noted   for   the effectiveness of its anti-coronavirus measures.

In the conditions of a pandemic, every country faces two options: protect people’s lives or save the economy. Azerbaijan is a country that, without taking into account any economic implications and without any hesitation whatsoever, chose the first option. Thus, it confirmed yet again that it is a socially-oriented state. The approved Action Plan on the implementation of the President’s Order envisages a total of 10 programs in the above areas. They cover 2.5 million people, which is evidence of the yet unprecedented proportions of social support.

In order to expand employment opportunities, the DOST Center has started creating 50,000 public jobs. Funds in the amount of 30 million manats have been allocated for this.

The total number of public jobs has reached 90,000. A one-off payment of AZN 190 is being made to people who have lost their jobs as a result   of   the   pandemic.   On   the   President’s   instructions,   the   one-off   payment   will   be provided to 600,000 people and cover April-May. Starting from 1 April, the number of families receiving targeted social assistance has been increased by 10,000. The program of targeted social assistance benefits a total of 330,000 members of 80,000 families.

These   programs   are   only   a   part   of   government   support,   and   work   on   other mechanisms is currently underway. Azerbaijan will overcome difficulties and trials and will definitely defeat the coronavirus”.